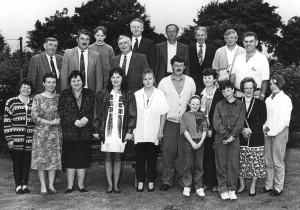 As the proverb says ”From a little acorn grows a mighty oak”.This is true of the South East Clare Show which takes place annually in Bridgetown, Co. Clare on the last Sunday in July.
The Show came about quite casually and developed gradually from  an ambitious thought to a reality.

An evening  conversation in Guinavan’s Bar , Bridgetown in 1989winter’ agreed that the local area needed a boost and some type of event to put Bridgetown on the map – a great idea of a gymkana was discussed, as many horse owners and enthusiasts  in the area.

A meeting was agreed for all horse owners in the immediate and surrounding areas to attend on a Winter’s November night in 1989. Fifty Two people attended the meeting and discussed the possibility of Bridgetown being the venue for an annual Horse Show. Money of course was a concern and also required to get this started and to cater for registration and most importantly insurance needs.

A gentleman produced a  20 pound note and placed it on the bar counter, within 20 minutes all people in attendance arrived at a total starting sum of 1,500 irish pounds. This generosity confirmed that there was a great desire for Bridgetown to be the venue for a 1990 Horse Show. But this show was for everybody including families, children, Horticulture & Home Baking, Vintage enthusiasts.

The Show Committee was formed ! Many  late nights were had as potential show plans were put in place by the dedicated group of people.

The first show date July 22nd  arrived –a beautiful  sunny morning – it was “All go” early  morning as people arrived to set up their stalls, exhibitors arrived and visitors arrived – curious as to what was happening in this local town …. It proved a great success as 5,000 was excitedly counted as takings for the day!

Twenty Five years on the Annual Event has welcomed many committee members through out the years- each person bringing their own experience and dedication – ensuring that each year event was a huge success.

We look forward to celebrating 29 Years this year on July 28th !

Images of Days Gone By 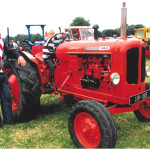 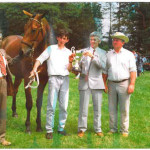 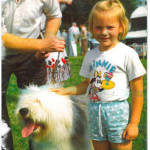 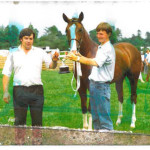 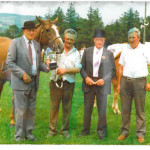 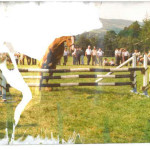 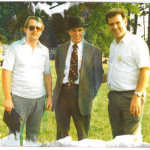 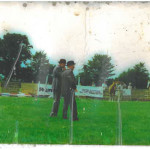 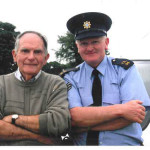 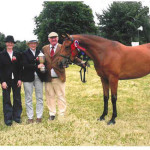 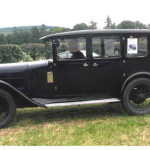 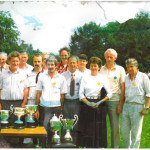 The following information on the establishment of the Bridgetown Agricultural Co-operation Society was taken from Edward E Lysaght book Sir Horace Plunkett. “His Place in the Irish Nation” Published 1916.

In his introduction he wrote, it is almost impossible to pick any one village in Ireland to illustrate the successful working of the Co-operation idea. I choose Bridgetown, Co. Clare simply because I know the place intimately having been a regular visitor to Mr Ernest Brown at Clonboy who was one of the first landlords to identify himself with the aspirations of the Co-operate movement. Nearly all my facts were gleamed from a single visit and a few hours talk with the local Secretary Mr Hogan who gave me what information he though fit.

The Bridgetown Agricultural Society was started in August 1911; no trading was done until January 2nd 1912. It was registered the 11th November 1911, under the Industrial and Provident Act 1893.

The turnover of the Society trading in the Agricultural goods was £741 18s. 7 ½d, and that year the Society met a loss of £12 8s. 3d, which was due to uneducated co-operators, and we had to meet the competition of the day.

Take a stand at the show. See a list of current exhibitors and how to get involved

This website uses cookies to improve your experience while you navigate through the website. Out of these, the cookies that are categorized as necessary are stored on your browser as they are essential for the working of basic functionalities of the website. We also use third-party cookies that help us analyze and understand how you use this website. These cookies will be stored in your browser only with your consent. You also have the option to opt-out of these cookies. But opting out of some of these cookies may affect your browsing experience.
Necessary Always Enabled
Necessary cookies are absolutely essential for the website to function properly. This category only includes cookies that ensures basic functionalities and security features of the website. These cookies do not store any personal information.
Non-necessary
Any cookies that may not be particularly necessary for the website to function and is used specifically to collect user personal data via analytics, ads, other embedded contents are termed as non-necessary cookies. It is mandatory to procure user consent prior to running these cookies on your website.
SAVE & ACCEPT